World Travels: I’ve Been Seeing and Being Seen

I’ve recently returned from a six week trip abroad to the northern hemisphere, traveling to San Francisco, Florida, Europe and then tracing the steps back again.   Leaving hubby Bruce and four-legged Nina behind to navigate the beginnings of New Zealand winter, I set out solo for my family-of-origin focused trip.    San Francisco:  my former home of seventeen years and now the domicile of my sister and family;   Florida:  where my mother resides and where I have not been since my father passed away five years ago;   Europe:  A river cruise navigating the Danube from Budapest through Austria and Germany and ending with a few days in Prague –  the crème de la crème, the icing and focal point of my cake-filled travels. 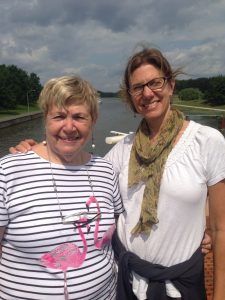 This river cruise has been on my 78-year old mother’s bucket list for a long while.   Not having achieved this trip when dad was alive, the years were ticking by and the need for fulfilling this desire becoming ever the more urgent as the negative forces of aging were making themselves apparent.   Eight months ago, during a Skype conversation with mom, she raised the possibility of my joining her on this mission and to which, with just a bit of hesitation, I said yes. 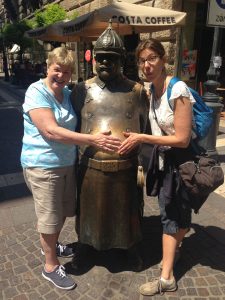 I’ve gone and come back and throughout this post you will see the ‘best of’ from this journey. 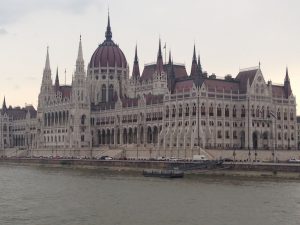 For a journey it was,  a journey of love, of service, and of healing,  a journey through the heart where we found laughter and fun and those precious sweet moments in between the realities of traveling in close quarters with family members whose lifelong patternings and conditionings are sure to trigger us at the most unsuspecting moments. 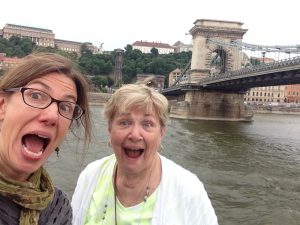 So with all my spiritual wisdom, I went into this trip wide open, open to the healing magic that could come from traveling with my mother and putting myself into a situation where my earliest unresolved, tucked away childhood pains might be brought to the surface to be confronted once again.

For I’ve been carrying around a very long-held childhood story of being afraid of being seen.  I don’t like to be the center of attention,  I don’t like to stand up in front of people to speak or teach,  I don’t like putting myself ‘out there’ for all eyes to gaze upon.  Throughout my life I’ve managed to stay #2, (though sometimes acting like #1), hiding behind someone else so I won’t be fully seen.   It’s safe and comfortable to be number two. 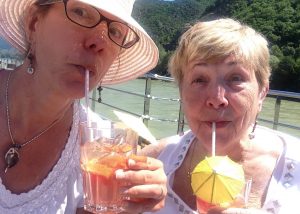 I’ve been able to identify two areas from which this life-long negative narrative arose: 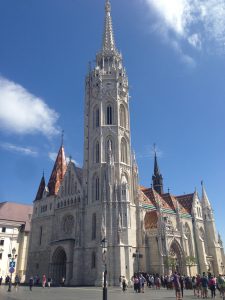 The thought of going on the River Cruise as a fifty-something year old woman (who’s done a lot of psychotherapy work over the years) with my mother and two of her deaf friends (they got invited after I’d said yes to the cruise), filled me with a bit of anxiety as I knew I would have to act as an interpreter for this two-week sojourn abroad – interpreting all cruise events, communications, and tours!  Would my signing be good enough (another negative childhood-reinforced story) was one of my main concerns. 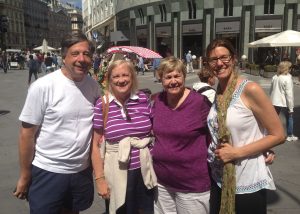 My bits of anxiety were overridden by my excitement at traveling and experiencing new sights and places.    I was in a good ‘space’, ready to give it my best, excited to head to summer in Europe, and ready for some magical healing to occur.   And this is the thing about magic – you never know where or how it is going to unveil itself to you.  You may be looking to the left and suddenly it swipes you from the right.   I had an idea of how I wanted the healing to occur and instead it came from an entirely different place. 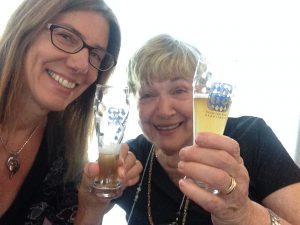 I thought I was going to have some type of epiphanous one-on-one mother/daughter healing connection.   There was a bit of that but really the magic came from the multitudinous  fellow-cruise passengers and staff, for on our small ship of one hundred passengers and forty crew,  it became apparent as the days passed that we were very much on everyone’s radar. 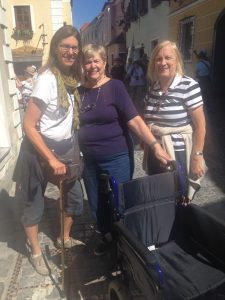 We were hard to miss – signing to each other and often the slowest people on the tours as mom needed to rely on the aid of a cane or wheelchair to get around.     We were a unique quartet always sitting by ourselves, not easily able to dialogue with other guests – though they tried. 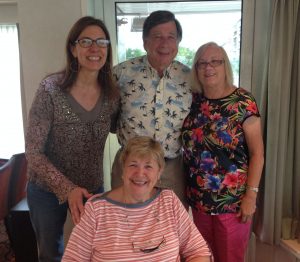 I did not feel shame nor burden; I was enjoying myself, pleased with my signing, and enjoying seeing the sights and not at all focused or thinking about the wider group around us in the context of ‘what are they thinking about us’.   So it was with some surprise, that soon enough, person after person on the cruise came up to me to have a conversation or give me a compliment about my signing.   “Are you an interpreter?”, “How are you all related?”, “I love watching you all sign, it is so beautiful”,  “I have a deaf brother and I know a little bit of sign”, “I have a deaf friend….”,  “How do you say X-word?”,  “I wish I could sign”, “Can you translate this please?” and on and on it went, every day, with folks offering compliments and engaging as best they could with our group. 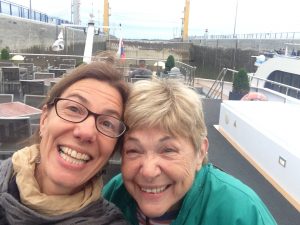 And it slowly dawned on me that this was the sweet spot, the healing that was occurring for me — I was standing tall, being seen and being validated for the uniqueness of who I am.   I was slowly breaking free of the childhood negative stories I’d been diligently carrying around for decades.    And it felt good and comfortable and I felt ready to let those stories go. As another layer of my skin peels away moving me closer towards my true self, I circle around again on the spiral of life and move another step forward towards my own freedom. 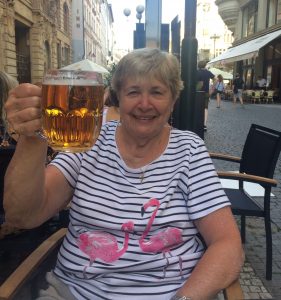 Thank you mom for taking me on this cruise.   Love you heaps! 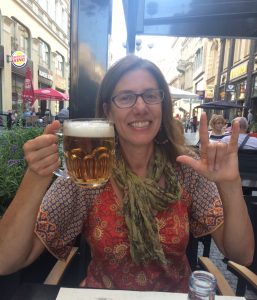